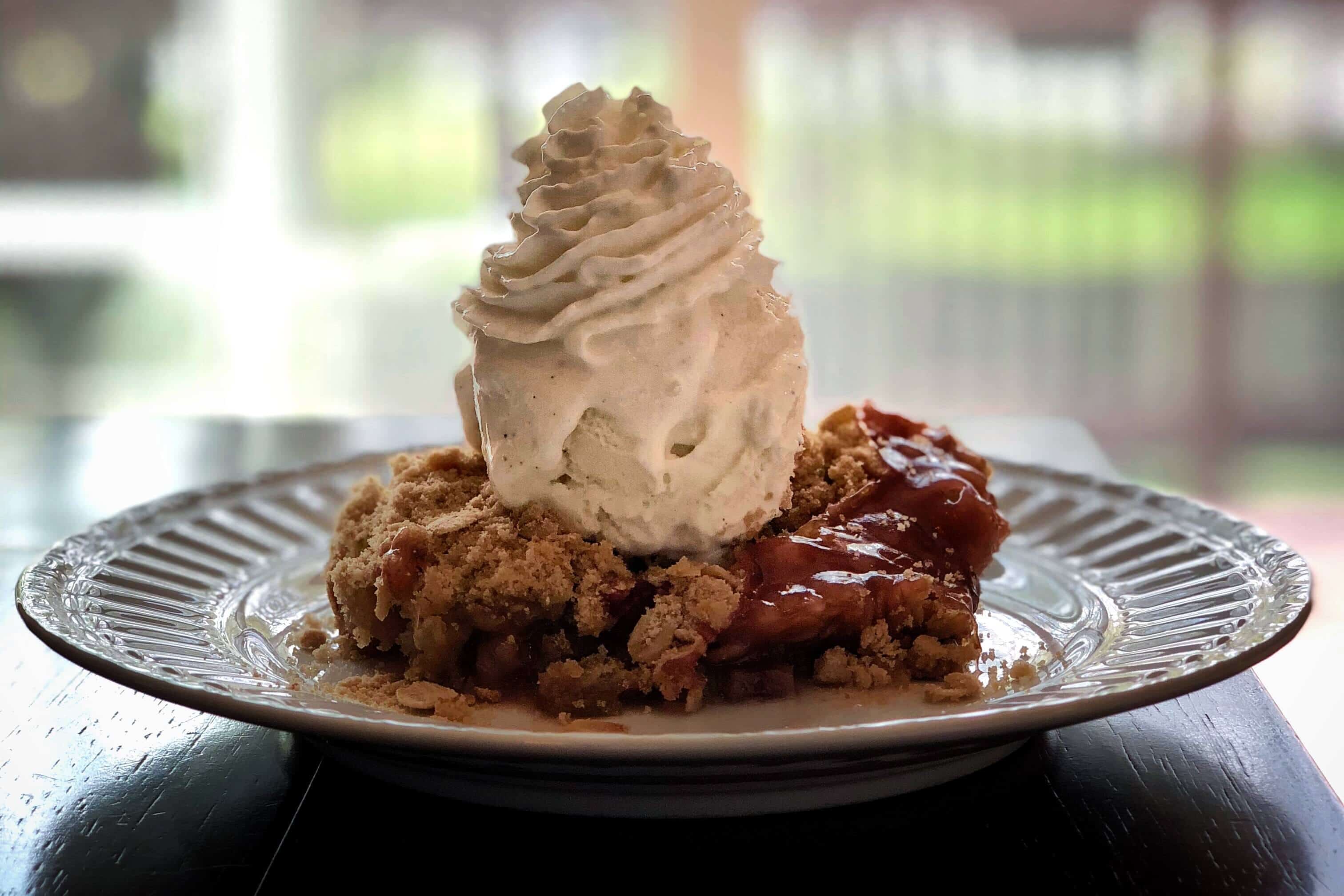 Twenty years ago, we moved into our “starter” home. It was a small house but it was in a quiet neighborhood of a growing community and it had two very important things: an attached garage and a fenced-in yard. It didn’t take long before we realized the most important thing about our new home was great neighbors.

We were surrounded by awesome, friendly people of all ages. This was the neighborhood where May baskets weren’t just exchanged, you actually waited for the doorbell to ring so you could chase after the deliverer. On Halloween, you didn’t just say “trick-or-treat”, you were expected to have joke to tell. In the spring, everyone marvelled at how much the kids had grown over the course of a long winter. Run out of sugar? Send your kids next door and they would come home with the exact amount you need.

Our driveway was the meeting place for watching the fireworks on the 4th of July. Our house looked directly down a two-block street and just over the trees at the end of that street was the park where the fireworks were detonated. The kids had their sparklers and snaps, the adults had their popcorn and beer, and everyone had a blanket or chair.

Not only were we blessed to have settled in such a friendly area, we settled next door to a family who had just moved in a few months before us. Their kids were about the same ages as our boys. They were ISU alum just as we were. They were Catholic, we were Lutheran (close enough). We quickly became the “go-to” friends for each other. You know you trust someone when they know the combination to your garage door as well as they know their own.

Over the years, the only battles we ever had involved the trees on our property. We have big maple trees … the kind that produce ridiculous amounts of helicopter seeds in the spring and leaves in the fall. Seeds and leaves that, with a good south wind, inevitably end up in Kurt & Mary’s yard. Not sure how many times Kurt threatened to rake them up and dump them back in ours.

It is always good to know your neighbors’ weaknesses so you can make up for those unfortunate (and, I might add, uncontrollable) incidences. 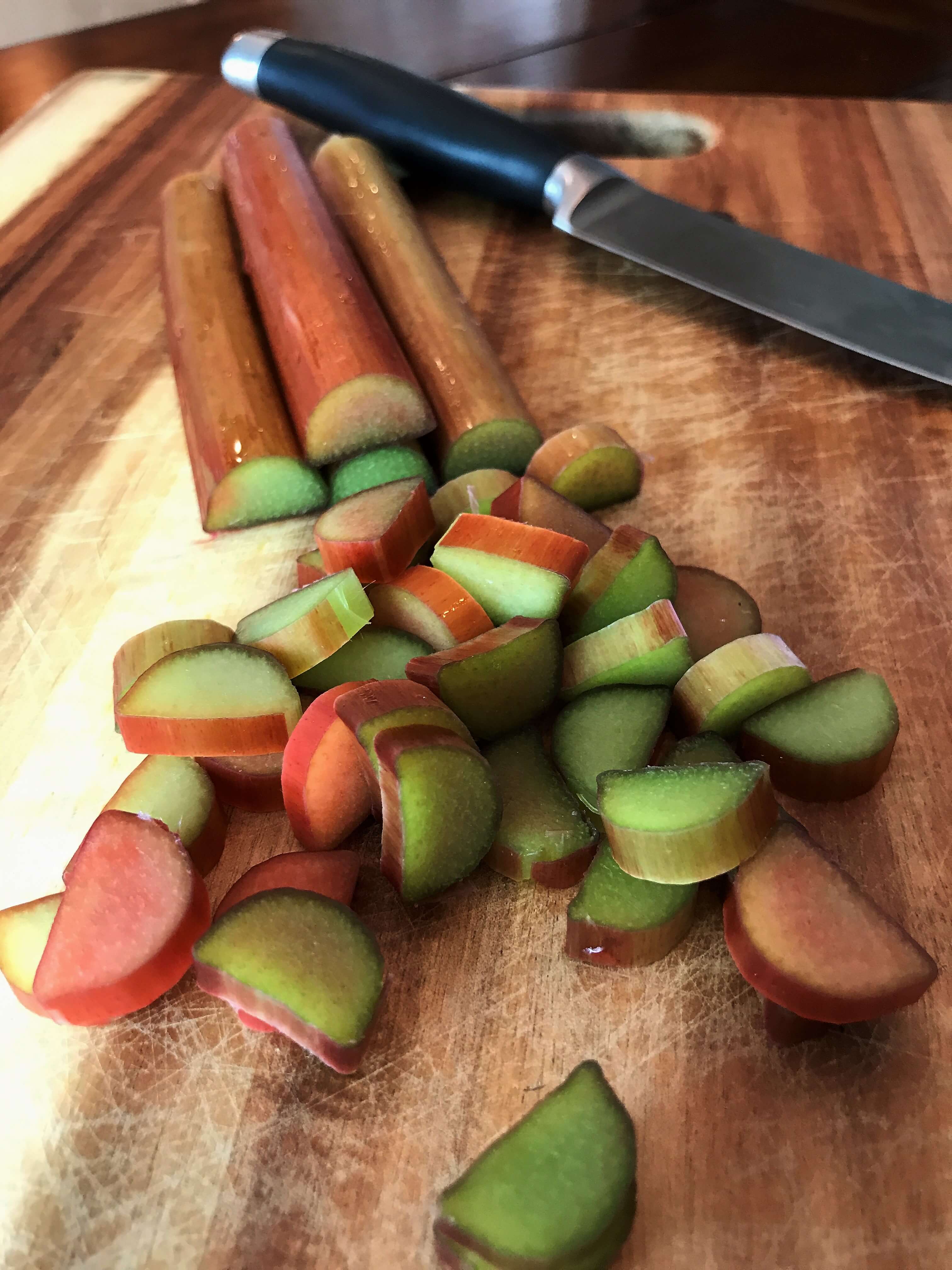 Many years ago, I made a huge pan of Rhubarb Crunch, using fresh rhubarb straight from my garden. Since Kurt & Mary’s birthdays are both in May and their anniversary is as well, I thought I’d share some with them. Mary’s text came the next day and it said something like “Thank you so much for the rhubarb crunch. I finished it off for breakfast this morning … fruit and oatmeal? That’s healthy, right?”

Twenty years later, we are still in our “starter” home. Kurt and Mary are still our neighbors … for a few more days. They are moving into a new home and we will miss them. I think it’s only appropriate that they are moving just as my rhubarb is ready to pick. 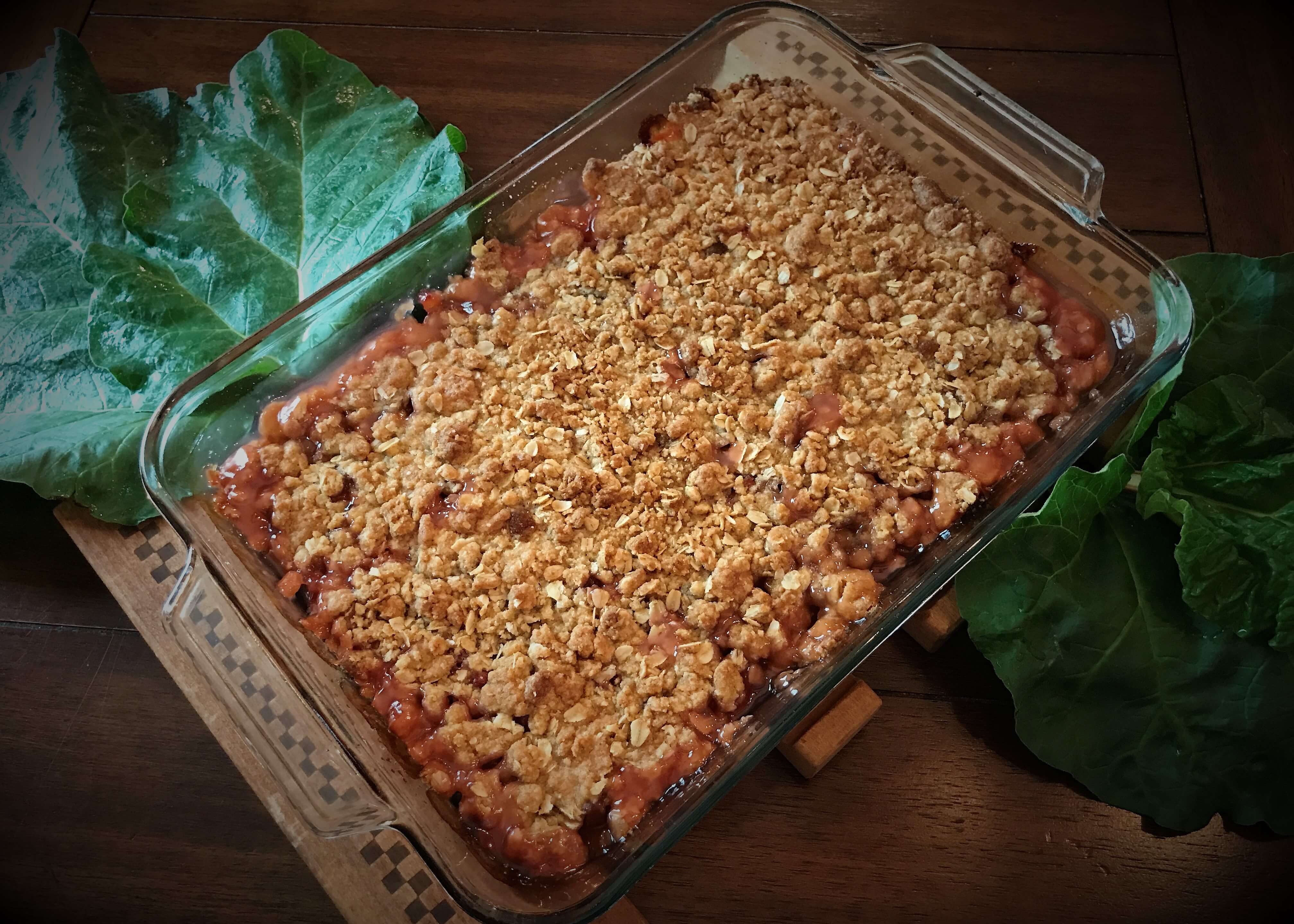 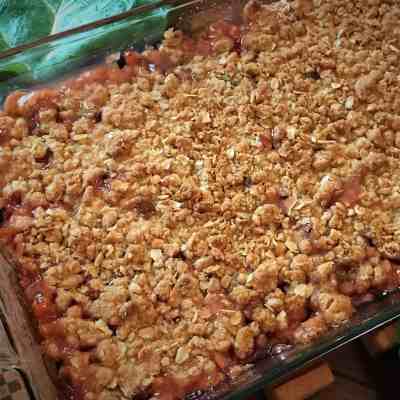 Tart rhubarb is perfectly balanced by a crunchy, sweet oatmeal and brown sugar topping in this simple recipe. This fresh-from-the-garden (or farmers market) dessert is sure to please everyone ... even those who think they don't like rhubarb!
Print Recipe Pin Recipe
Prep Time 20 mins
Cook Time 40 mins
Total Time 1 hr
Servings 12

Serve warm with ice cream or whipped cream ... or BOTH!

This will make the perfect house-warming gift. May God bless them in their new home and with neighbors who value them as much as we do. And technically, they aren’t moving that far away that I couldn’t take them some next year.

Rhubarb crunch in the spring and a bag of leaves in the fall.

Have you thought about how spoiled we are? Electri

It’s happened ... I have found THE BEST Twist do

To jump? Or not to jump? 😉 Check my story to fi

✝️Why is it called GOOD Friday? ✝️ What Je

Thanks to everyone who voted on the various layers

Does this look like leftovers to you? Pulled the