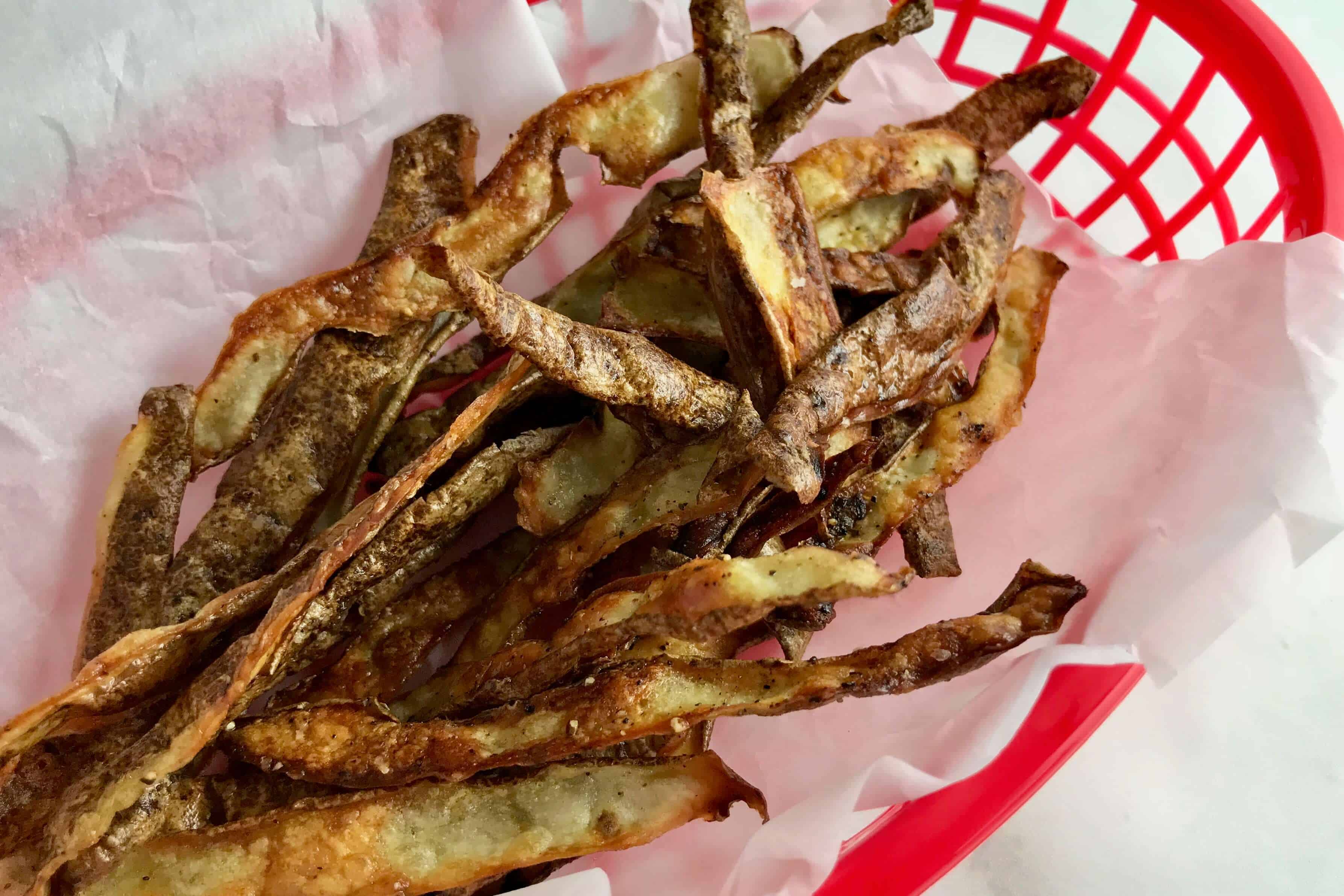 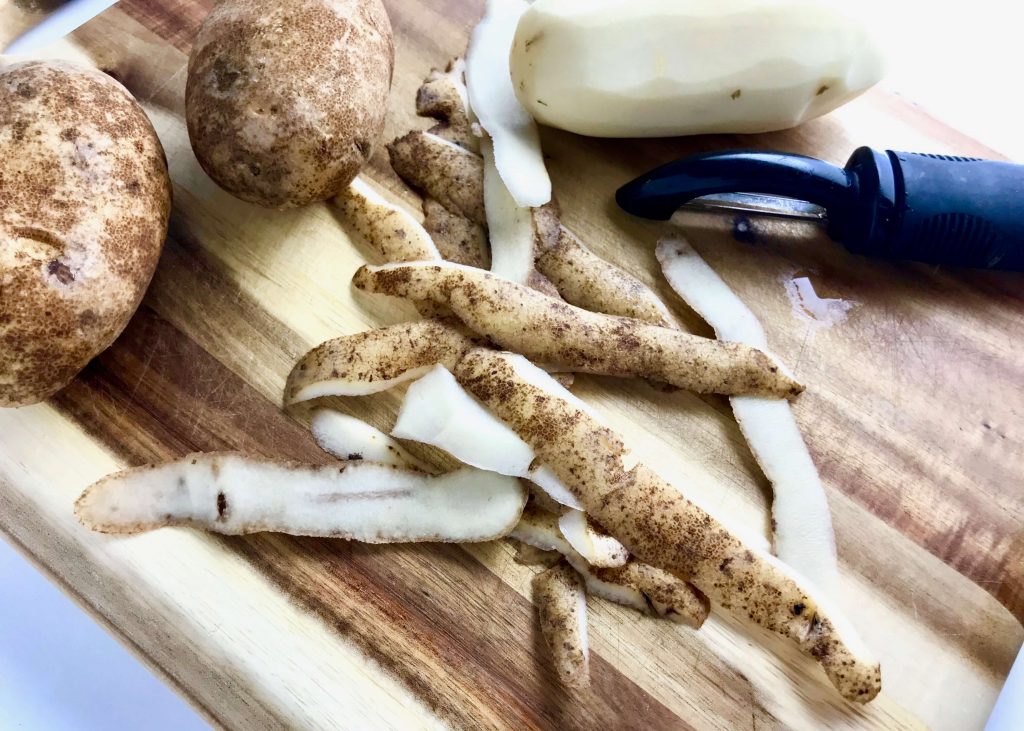 Last week, while working on some soup recipes and brainstorming “Waste Not, Want Not” topics, I was peeling potatoes. As I saw the peelings hit the sink, destined for the garbage disposal, I felt guilty. Isn’t it true that there are a lot of vitamins and minerals in the skin of the potato? Isn’t the skin my favorite part of a baked potato? Why am I not using these?

So I saved the peelings from their fate, rinsed them off and placed them on paper towels.

At the time I was working on a post for a cheese soup recipe. The recipe calls carrots, celery, onion, bacon, ham, cheese and potatoes. Twice-baked potatoes and loaded potato skins kept coming to mind and I realized that this soup could really benefit from those peelings. Crisp them up, season with salt and pepper, and sprinkle them on top of the soup as a garnish or serve as a dipping side!

You know how I know it’s brilliant?

Ree Drummond did it. On her show. This morning. 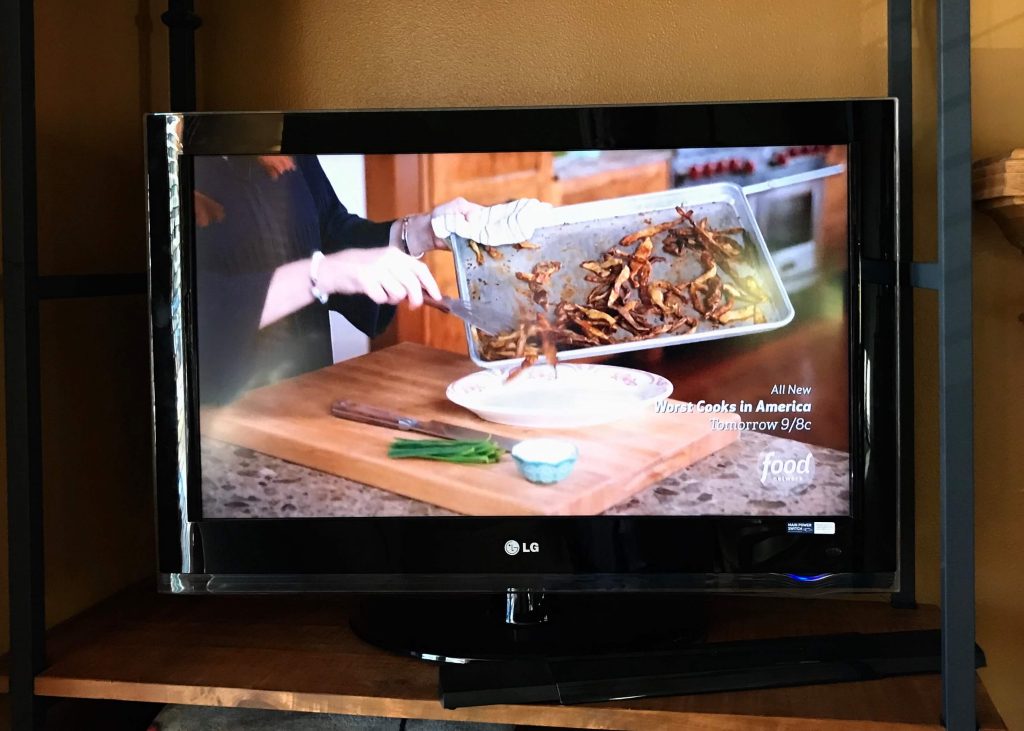 She (The Pioneer Woman) was doing a whole show on “Waste Not, Want Not” on Food Network. I wanted to yell at the t.v., “Hey! That’s MY line and that’s MY idea!”

As if I coined the phrase and was the first person to ever do this to potatoes.

What can I say?

I can say that these are delicious and if you are throwing away potato peelings, you are missing out on a tasty treat and a unique soup topper! 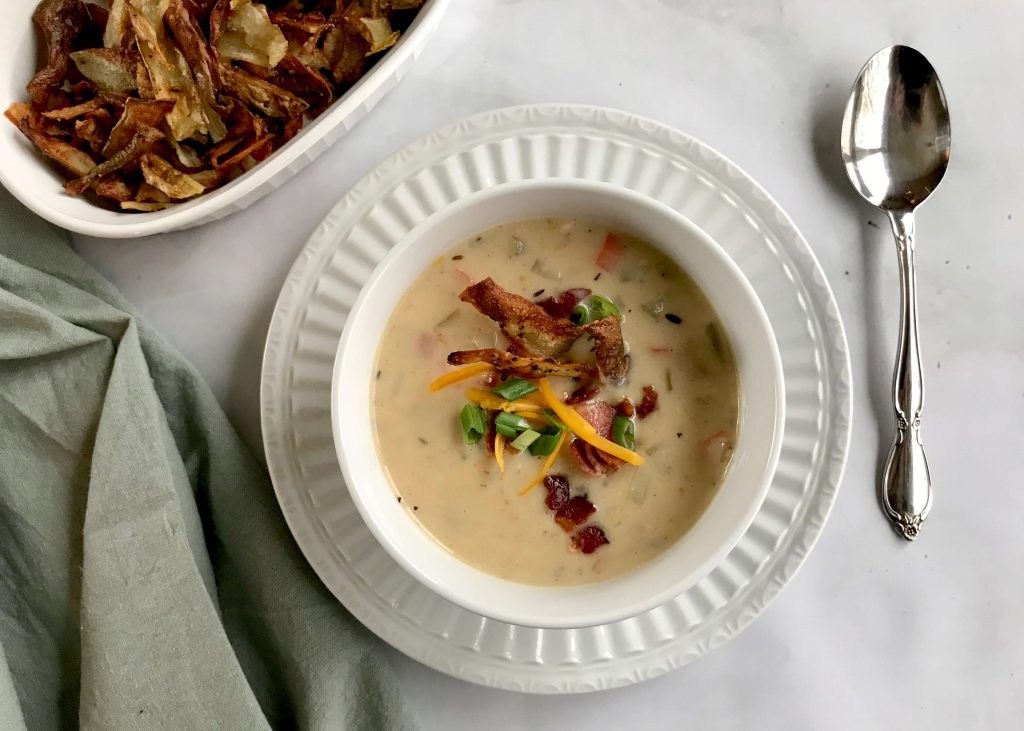 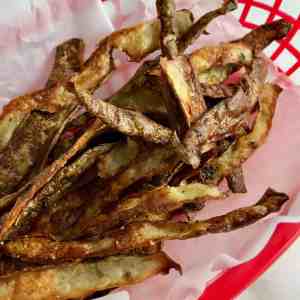 There’s one other thing I can say about these “Waste Not, Want Not” marvels: my husband loves them and thinks I’m pretty creative. 😉

As long as my audience is happy …