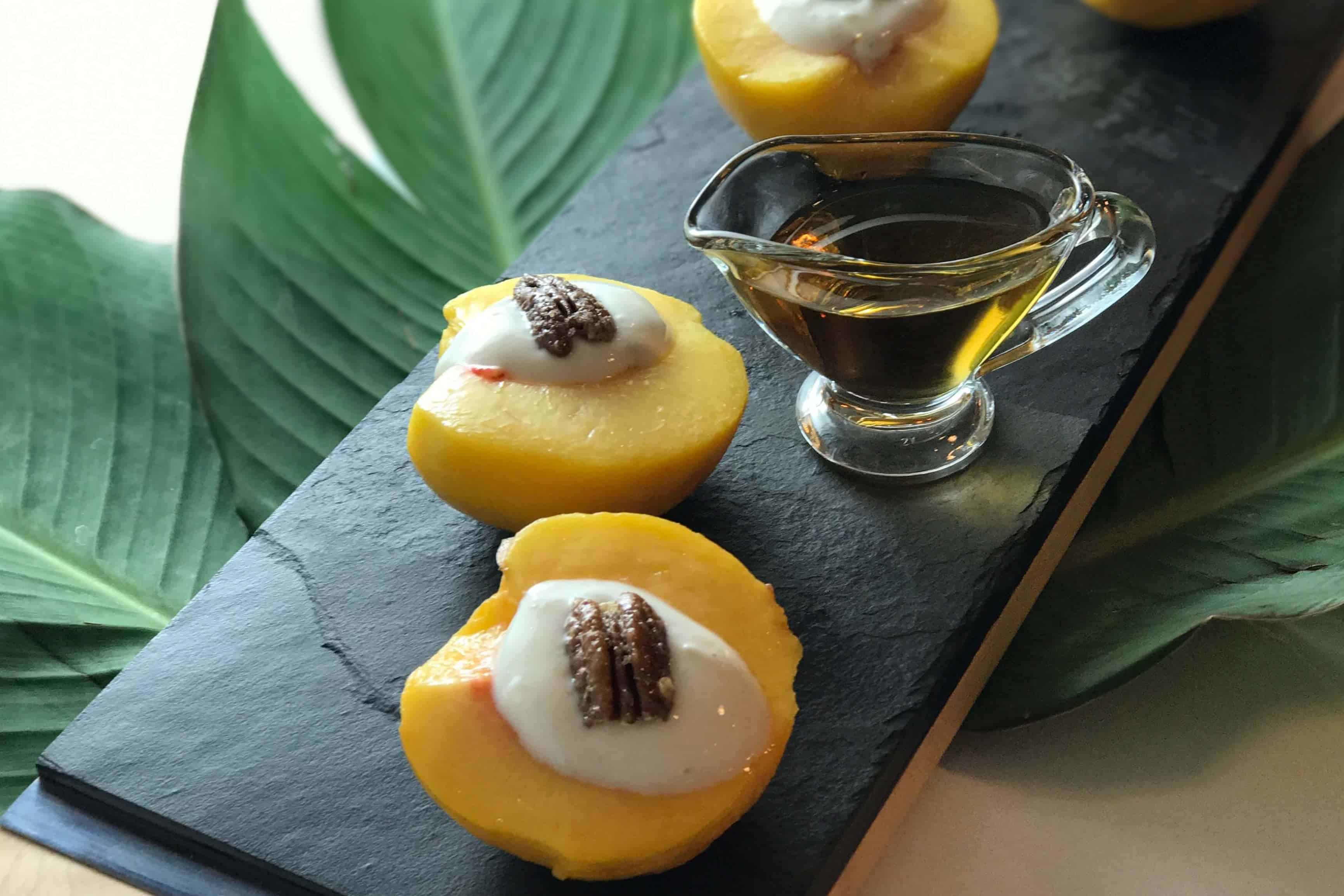 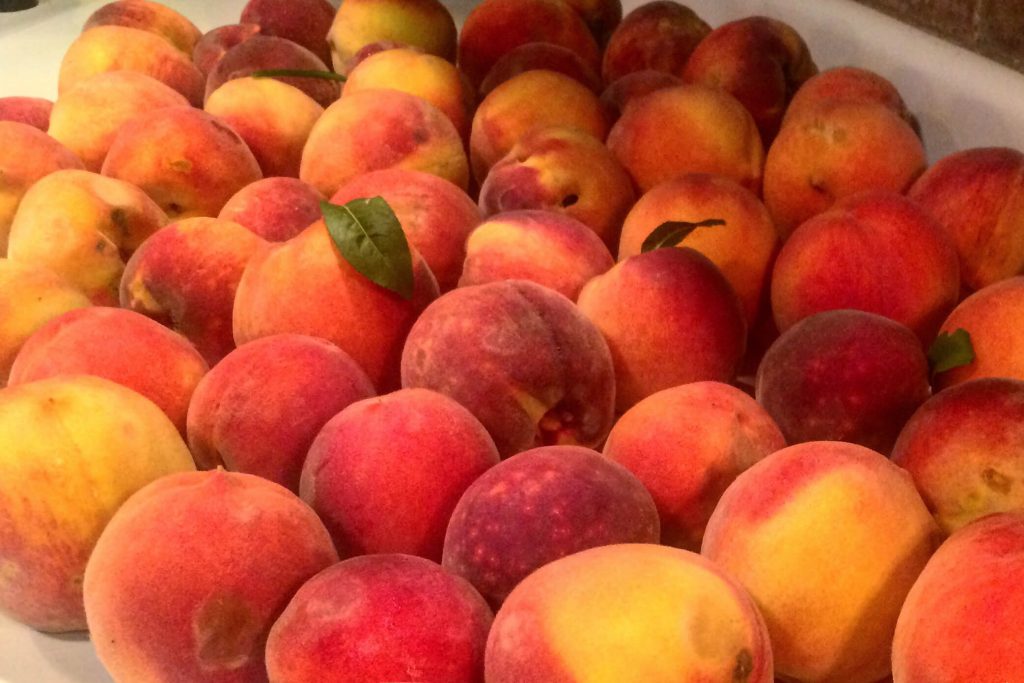 I’m not sure if this is a common phrase outside the United States, or even outside the Midwest. If it isn’t, it should be. The phrase simply means that someone is sweet or thoughtful and often is in response to a meaningful gesture of kindness.

“You brought me coffee? Awww … you’re such a peach!”

“You’ll take my empty cart all the way back into Costco for me? Awww … you’re such a peach!”

Maybe because in the midwest (sans Missouri), peaches are rare? There just aren’t many peach trees around and the ones that do survive, seem to be very susceptible to the uncertain conditions. I never really understood why my mom, with so much canning to do from her own garden, would wait until the end of summer to BUY a box … or two … of peaches at the grocery store so we could can them in jars for the winter. Didn’t we have enough work to do with the produce we had?!?

And then I went to SW Colorado. At the end of August. To a fly fishing resort and organic peach orchard. 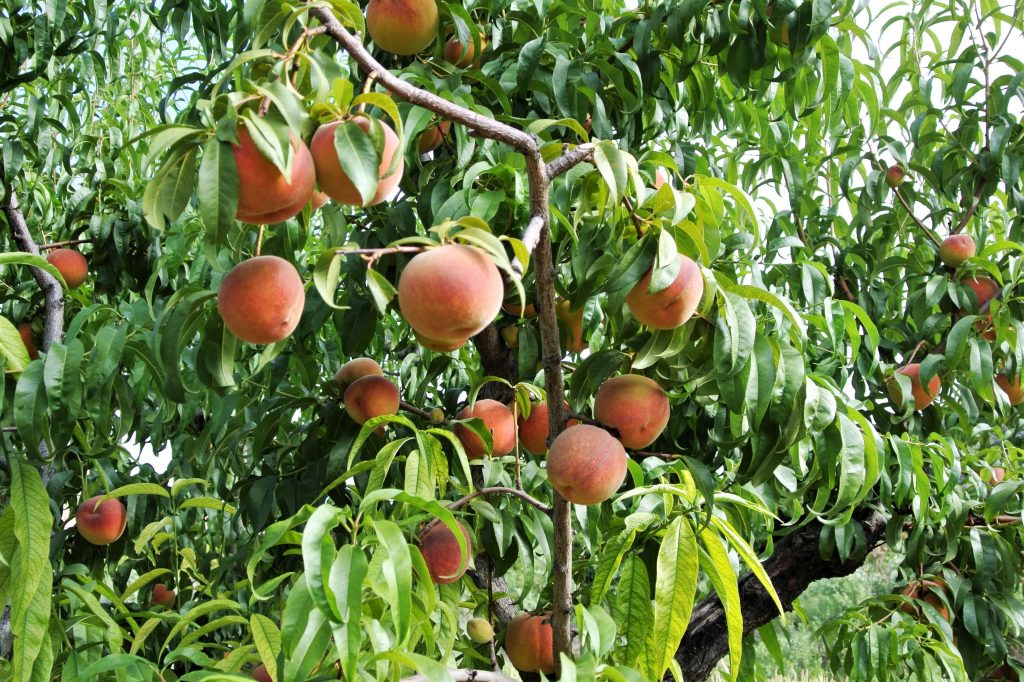 Of course they are better right off the tree but now when I see those boxes of peaches from the Palisade, Colorado region, I understand. And I buy them. I don’t can them in jars … only because I don’t have the storage capabilities my mom had. I do freeze them though.

But not before I enjoy one of my grandmother’s specialties. I call it a specialty because I never had it anywhere but at her house (and later at our house in her memory). It was a twist on peaches and cream but I liked it for three reasons:

Grandma would cut the peaches in half, remove the pit, and peel them. Then she would mix up mayonnaise, orange juice and maybe a pinch of sugar to fill the gap where the pit was. She would then let me use this outrageous chopper to finely dice the peanuts she would sprinkle on top. That’s it. She would sometimes serve it as a side dish with our meal and sometimes it would be dessert. So simple but so elegant to me. 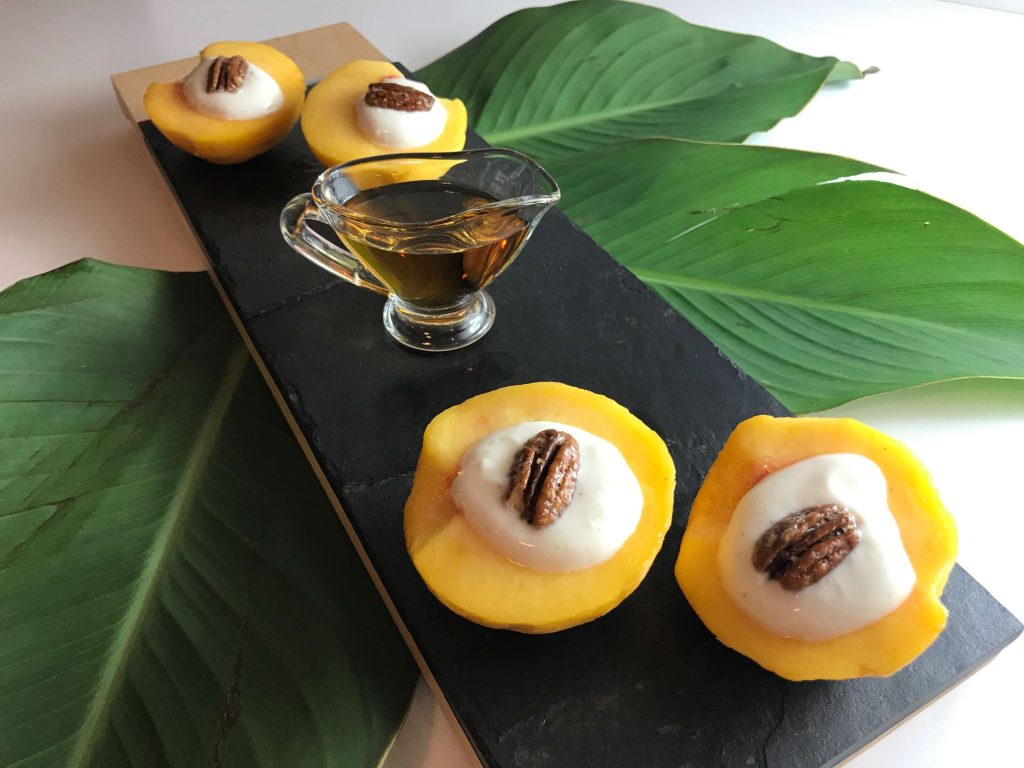 A few years ago, I discovered Greek yogurt. High protein, good source of probiotics, low-fat … and a great substitute for mayonnaise. So I’ve updated Grandma’s “recipe”. I also use honey instead of sugar and I add a touch of grated nutmeg. If I have orange juice or zest, I will add that too (but only a little or the yogurt will become too thin). And, ever since I received the recipe for Lori’s Sugar & Spice Pecans, I use them instead of peanuts.

Mostly because I don’t have Grandma’s cool gadget! 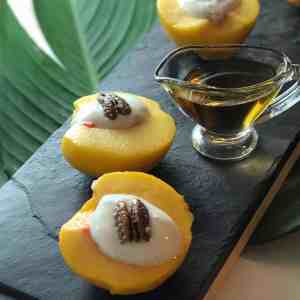 Peeling Peaches: After cutting around the perimeter, "Free-Stone" peaches, when ripe, will release themselves from the pit with only a gentle twist. They also peel very easily with a small knife. Alternatively, less ripe peaches can be submerged whole in boiling water for 1 minute, removed from the water, cooled slightly, and peeled. Candied Pecans: For a sweet/spicy touch, make Candied Pecans in advance to top the peach cups.

Another modification I made to Grandma’s recipe (that sounds like sacrilege, doesn’t it?), was the addition of a drizzle of a light balsamic vinegar over the top. I fell in love with a peach white balsamic vinegar I bought while on our trip to Colorado so that is what I use. A white balsamic works really well too and if you are fortunate enough to find a pear or a fig balsamic vinegar, they are wonderful as well.

It makes me smile to share the recipes and stories of my grandmothers. They taught me so much. But I think the biggest reason I smile when I have peaches around is because it reminds me that “Peaches” was my dad’s pet name for my mom.

And he always knew it would be delicious.