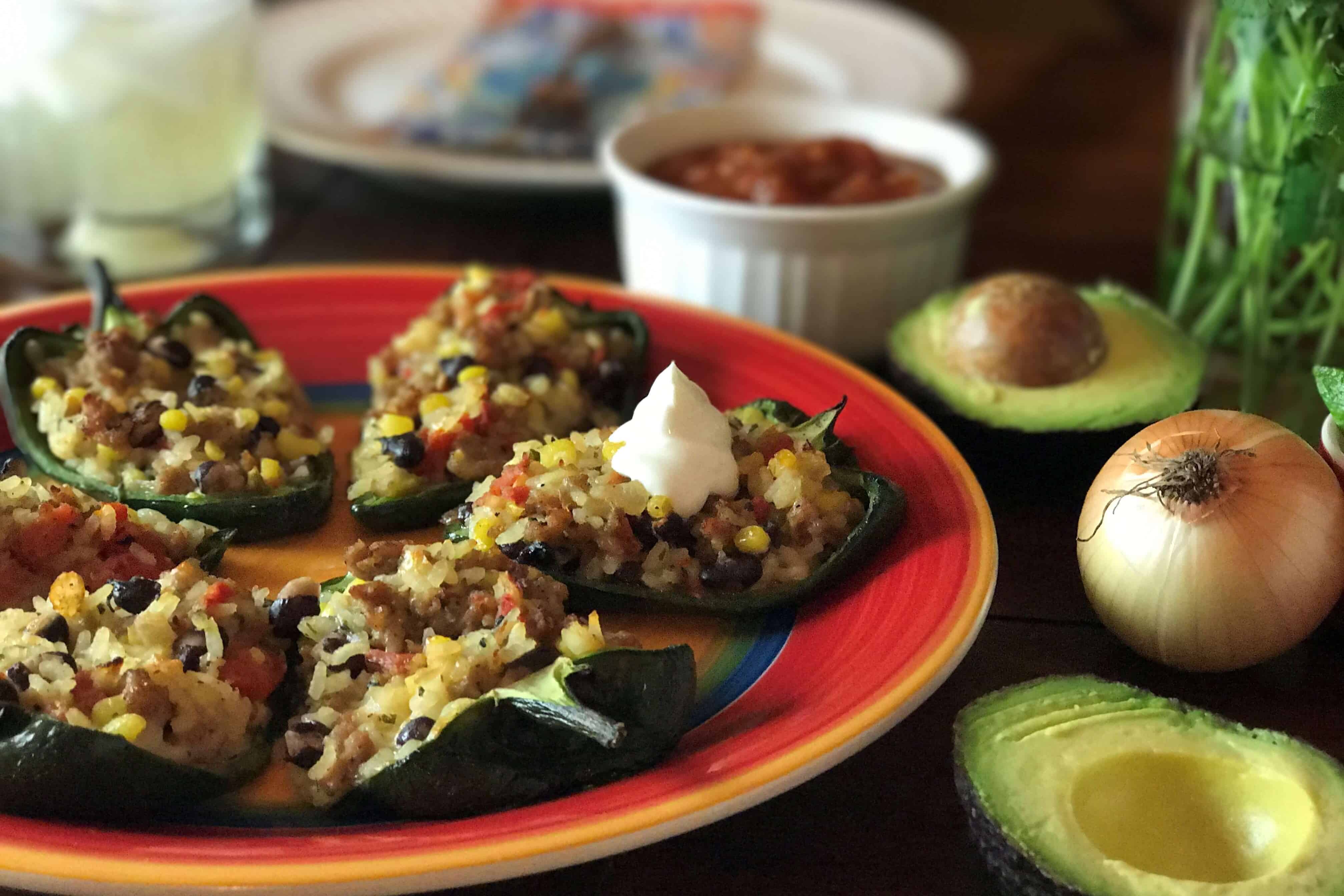 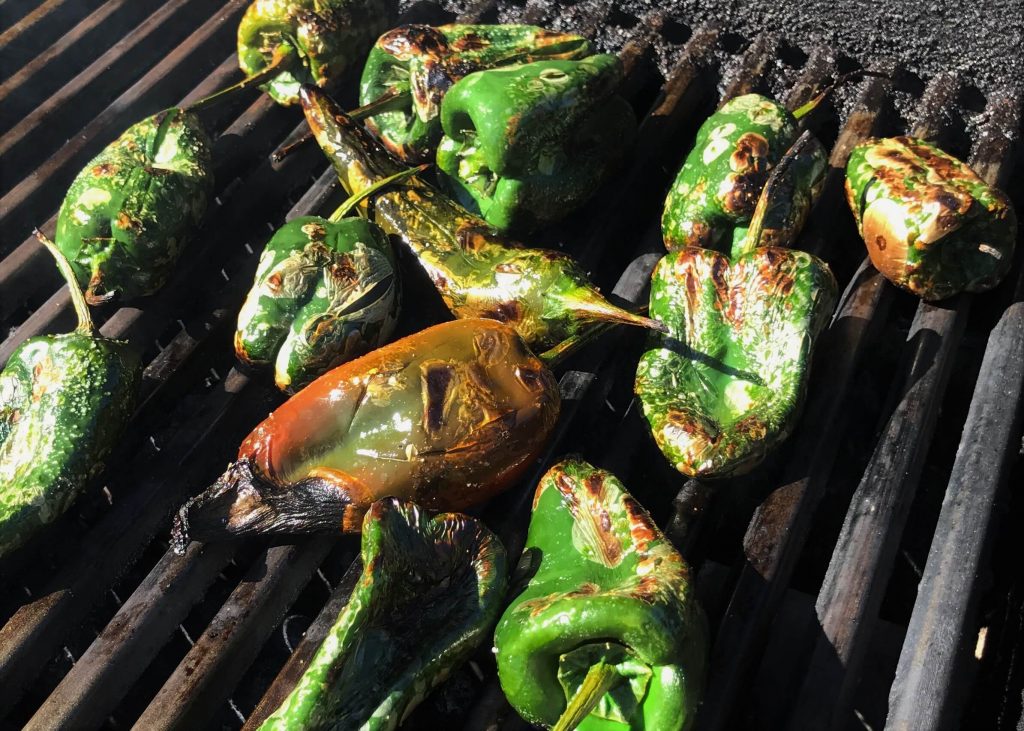 Last year, I introduced you to the giant poblano pepper plants that thrive in my garden. With a Scoville Scale rating that falls between a bell pepper and a mild jalapeno, poblanos provide the perfect “warmth” to Mexican dishes without threatening your taste buds.

Well … I guess that depends on the heat tolerance of your tongue.

And the inherent personality of the pepper itself, apparently.

I was struggling with what I could share with you in this post so I took a break … and looked for inspiration from one of my favorite sources: Chopped on Food Network. It came in the form of a basket ingredient. Not a poblano, but close. Hatch Chile Peppers. (Note: these peppers are from the same family but grown in different locations, they develop unique characteristics.)

As the judges were talking about the peppers, they mentioned the uncertainty of the heat levels from the pepper. This reminded me of a morning when my son’s girlfriend was visiting us and invited one of her friends over for brunch. We stuffed poblanos with an egg, cheese, and sausage mixture and I assured them the peppers would not be too spicy.

I heard a “cough” and I knew I was wrong.

Now before you picture two 20-something gals with tears running down their cheeks, gasping for air, it wasn’t that bad. I had, however unintentionally, served them something spicier than intended. The problem was quickly solved with two options:

The first thing we did was to add more of the mild, egg filling to their plate. They were enjoying the overall flavor but needed to balance the ratio of the filling to the pepper. The second thing we discovered was that some of the peppers were much more spicy than others.

This was what the judges on Chopped were discussing as they watched the contestants preparing their dish. When you look up a pepper on the Scoville Scale, you will find not one number for the heat units of the pepper, but a range. Some poblano peppers are hotter than others, even if they are grown in the same garden.

You must taste the peppers before you use them … certainly before you serve them to others.

Do not let this uncertainty deter you from making this (or other) recipes with peppers. Just remember: 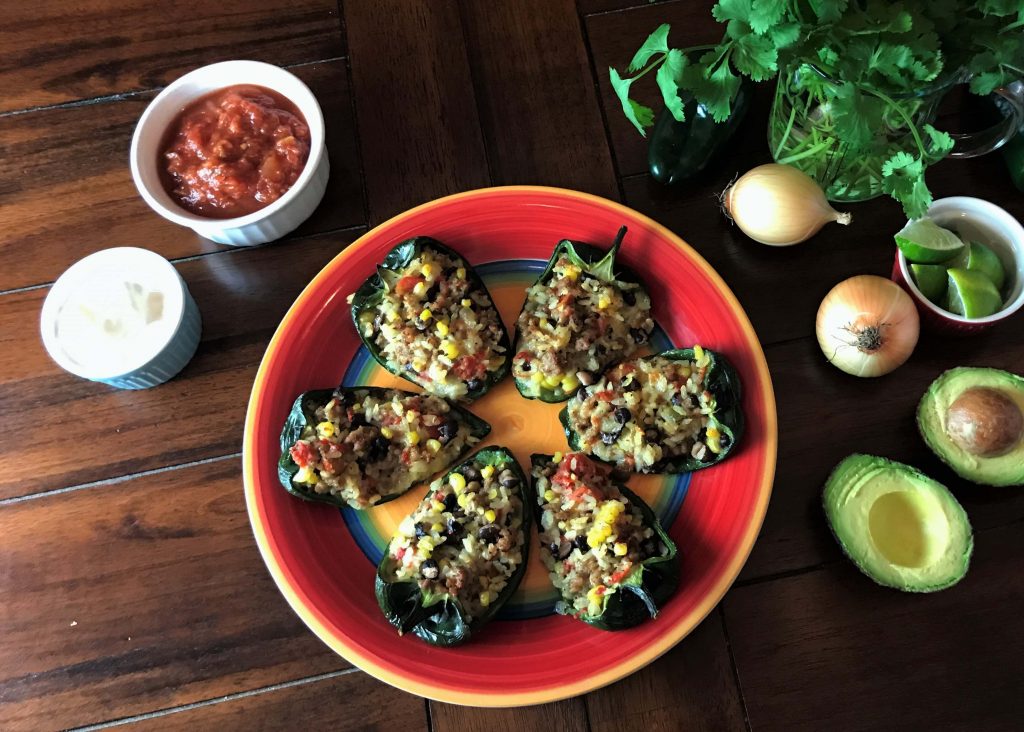 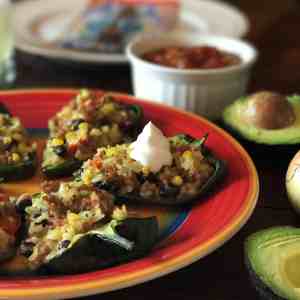 Special thanks to the Creator of this amazing pepper for working through Ted Allen and the Chopped judges to get me over writer’s block!