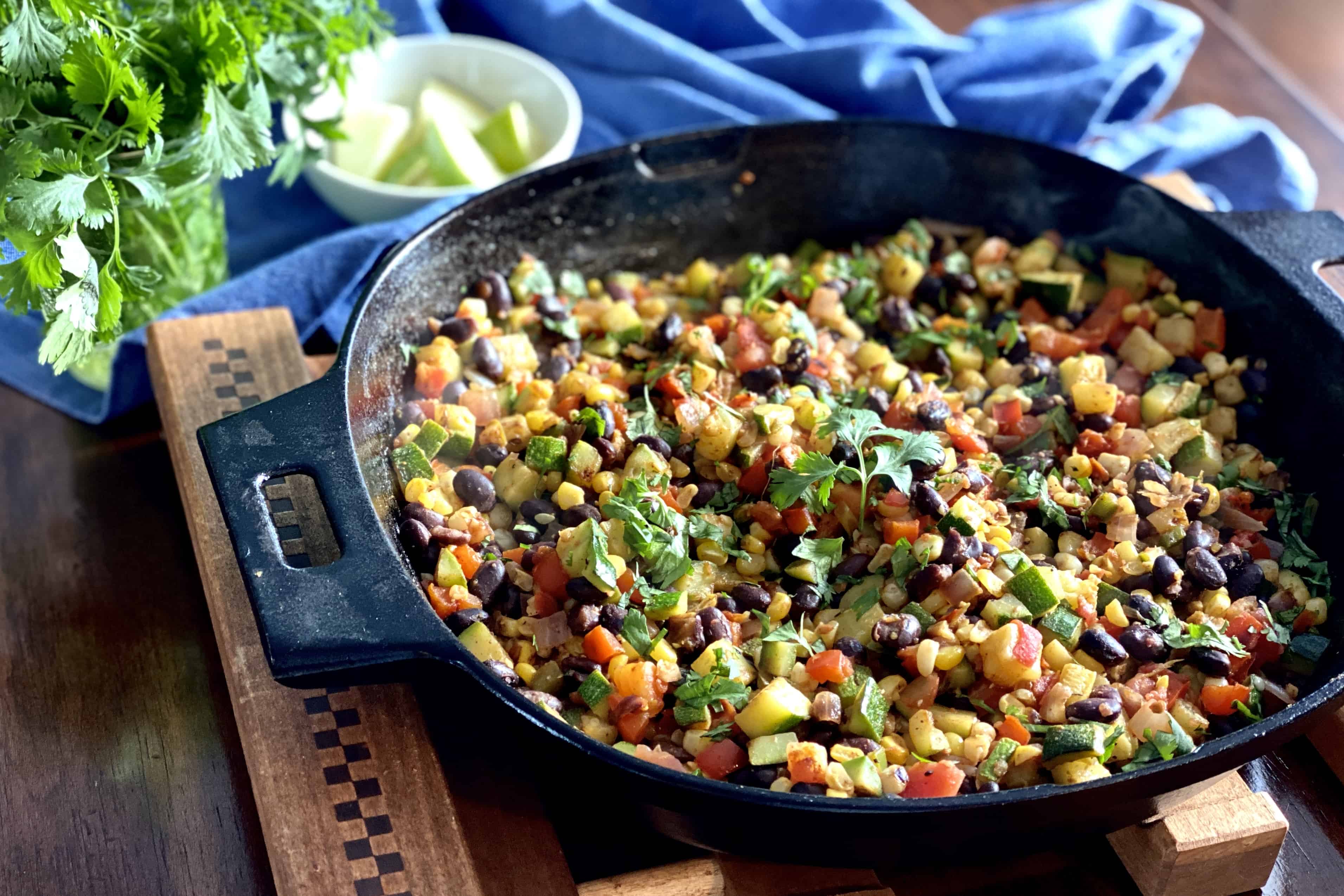 It is officially summer in the midwest when you can buy sweet corn out of the back of trucks and anyone with a garden is giving away zucchini by the armload. While eating corn right off the cob with butter dripping down your hands is pure bliss and everyone likes the first 500 loaves of zucchini bread, it’s always good to have a few recipes like this Summer Succotash that put a different twist on the bounty of the season! 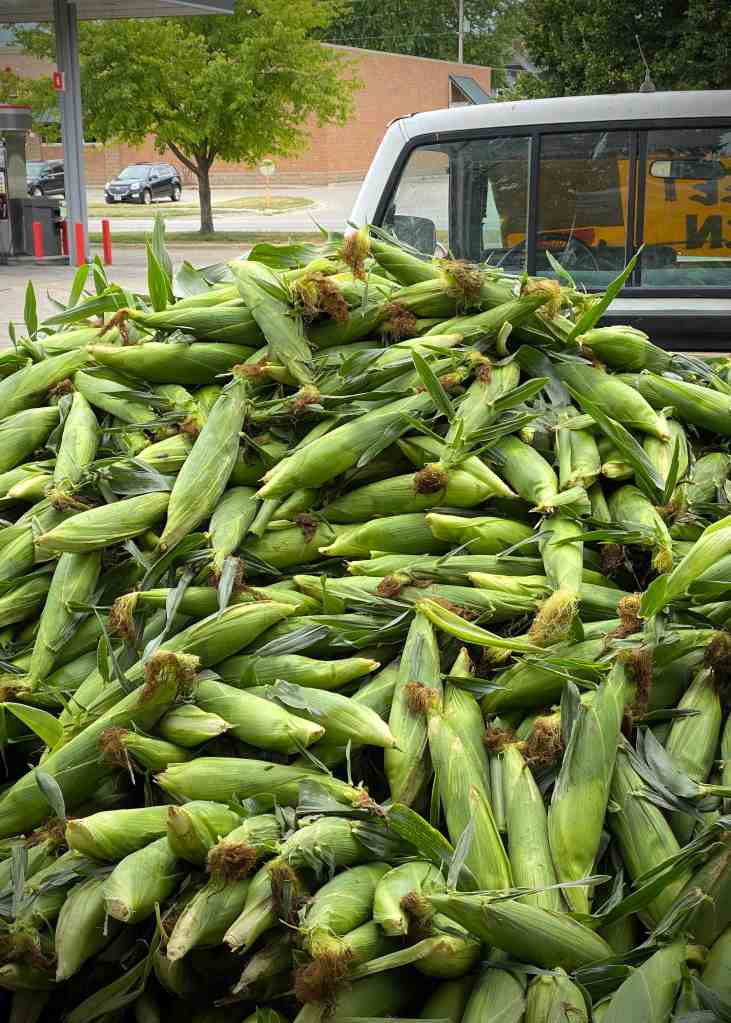 Succotash is a hearty and affordable combination of primarily corn and beans (usually lima beans) with origins credited to early Native Americans. Regional and seasonal variations have developed with additions of peppers, tomatoes, and other vegetables. A little bacon or ham never hurt either!

As far as I’m concerned, this particular recipe is summer in a bowl.

The original version of this recipe had twice the black beans and no jalapeno. I also added the idea of sour cream. And it wasn’t called succotash. I don’t know why that word came to me when trying to name this recipe. It did … so I googled it. Sure enough, the name fit the recipe and made me want to try making it with lima beans sometime too. 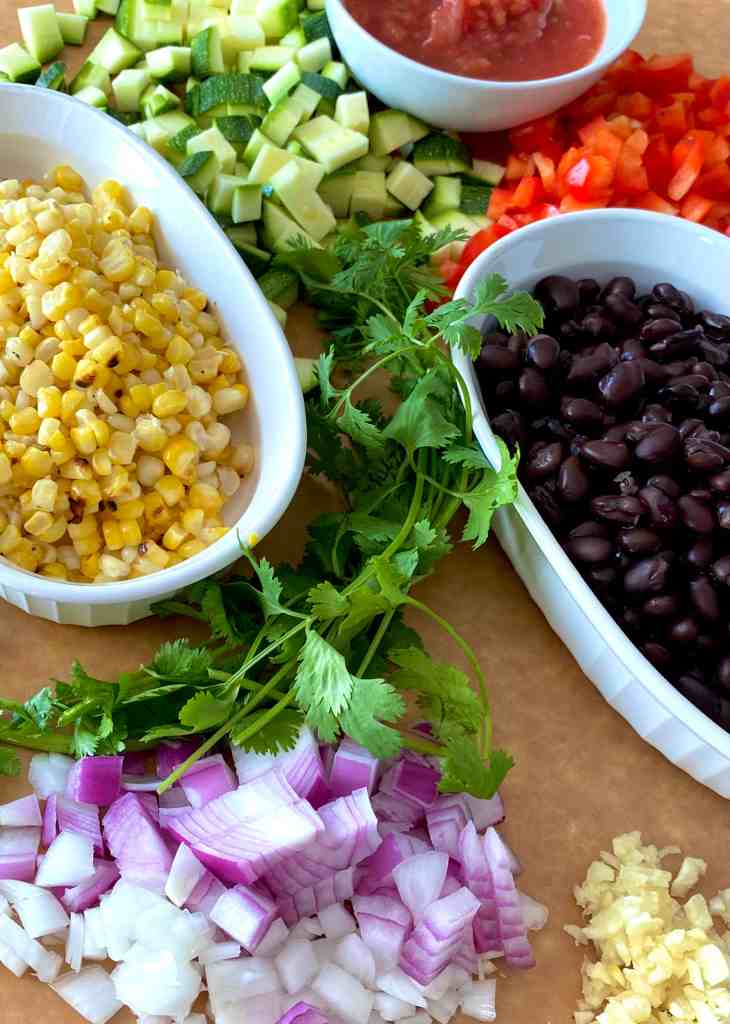 My first tip for making this recipe turn out perfectly is to dice the vegetables consistently. In the picture above, see how the zucchini, onions, and red peppers are all about the same size? They are all added to the pan at the same time. If they are chopped inconsistently, they won’t cook evenly. 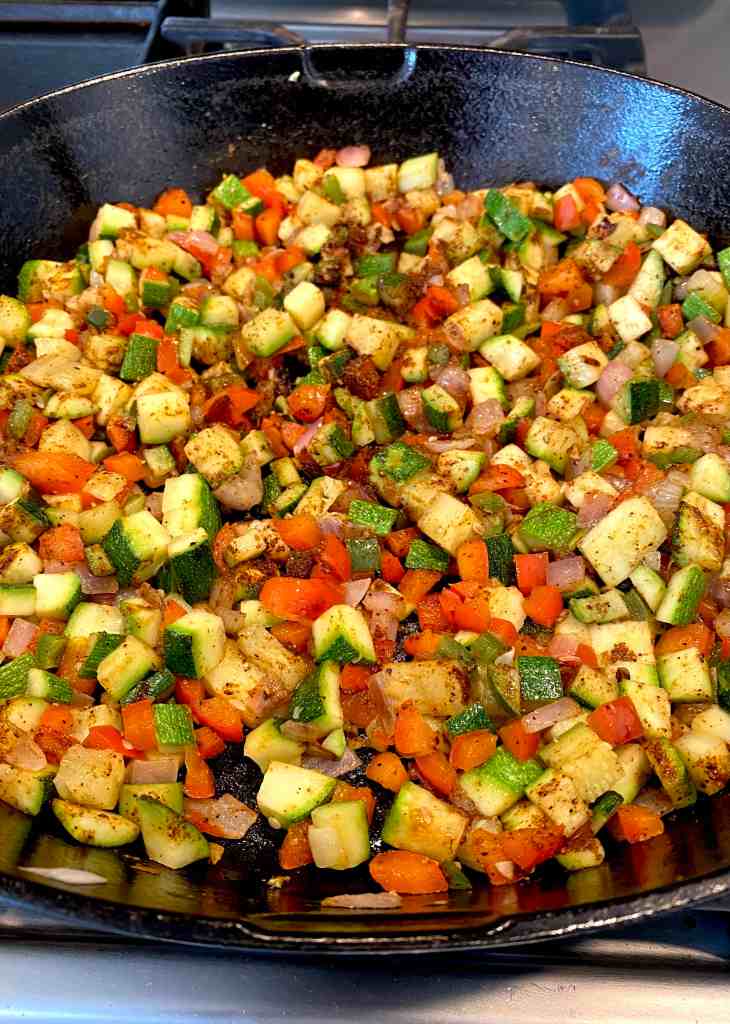 NOBODY wants to eat mushy vegetables! 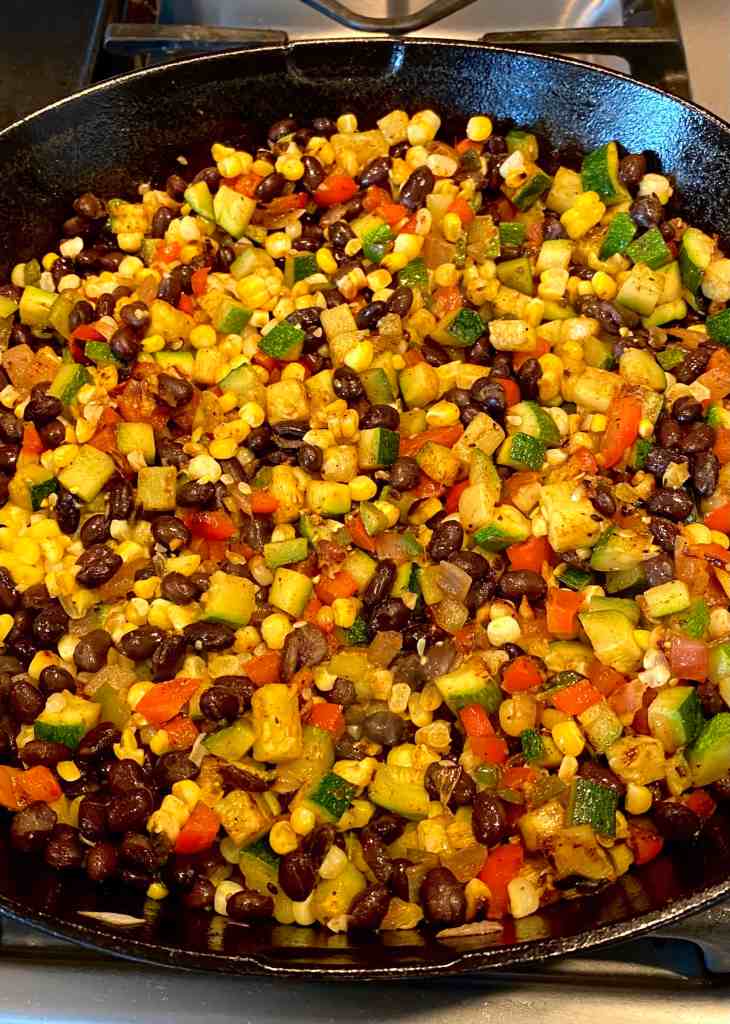 Adding the sweet corn and the black beans last gives them just enough time to heat through and absorb a little of the flavors from the spices.

Finally, don’t skip the lime or sour cream. I wish I had put the sour cream in the pictures but we add it at the table with an extra squeeze of lime juice and it really finishes this dish beautifully.

According to Wikipedia, “any mixture of vegetables prepared with lima beans and topped with lard or butter is called succotash”.

That’s right. There it is again …

So next time I will be experimenting with lima beans and my good old buddy, lard.

Until then … enjoy the feasts of summer!

Do you want some more summer recipes? 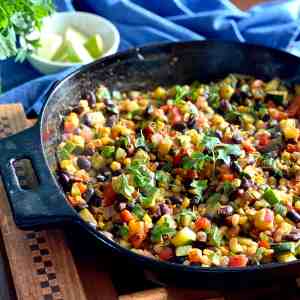 A smoky and slightly spicy mix of sweet corn, zucchini, peppers, and black beans create this healthy, summer dish. Make it for your next family meal, potluck or barbecue!
Print Recipe Pin Recipe

If using frozen corn, defrost kernels while preparing the rest of the dish. Bacon drippings add great flavor to this summer dish but olive or avocado oil can be substituted. This is not a spicy dish. If you want to reduce the heat from the jalapeños, remove the seeds and membranes before chopping, or reduce the total amount of jalapeño to 1/8 cup. 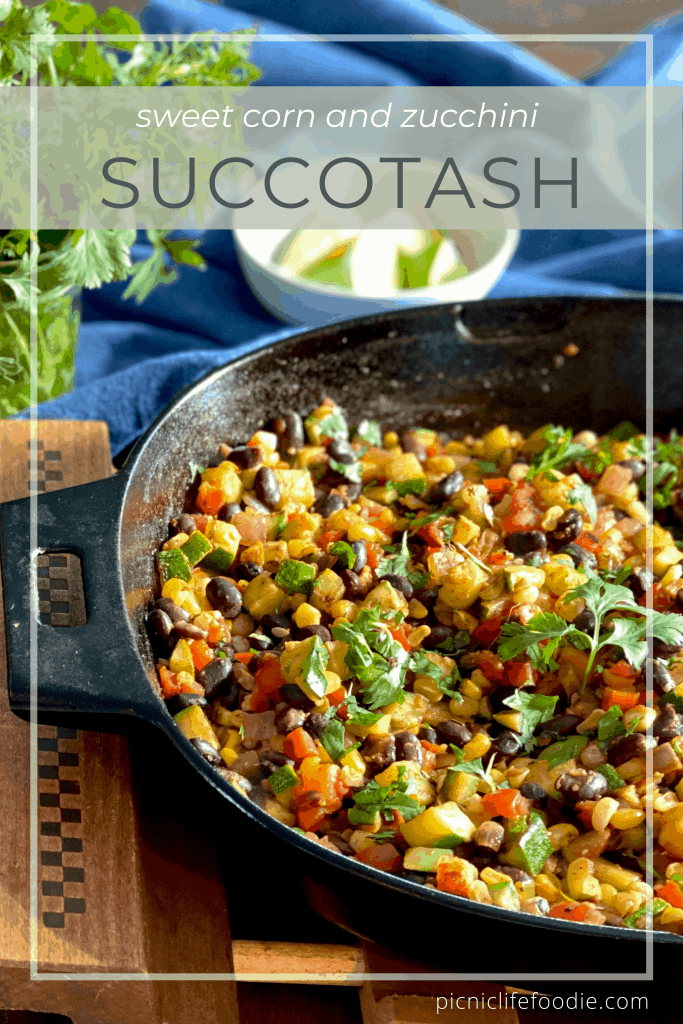